It’s almost fall. The dog days of summer are coming to a close. The kids are going back to school. And it’s the beginning of football season! America sure does love its football. But those college and NFL games that we love so much have a bigger impact on our environment than you may realize. 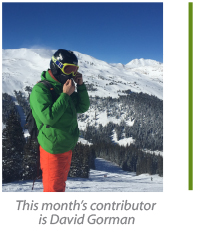 It is estimated that over 65 million fans attend collegiate and professional games annually. That’s just the people inside the stadiums! This estimate does not include the fans tailgating in the parking lot, eating in restaurants near the venue, or the fans gathering at a friend’s house to watch the game.

These fans generate a lot of stuff that needs to be dealt with, and it’s not just the trash that goes to a landfill. There are numerous other impacts: there are the carbon emissions from the fans traveling to the venue via car or plane; the electricity to power the stadium, restaurants, and hotels where fans are staying; the food scraps and foodservice packaging generated by the concession stands; the inevitable human waste. All of this material is being generated inside and outside the stadiums – in the parking lots by tailgaters, at local bars where fans are celebrating, and at a good friend’s house hosting a cookout for the big game.

Folsom Field at the University of Colorado was the first major college football stadium in the country to attempt to go “zero waste”, and Eco-Products has been a part of that effort since the beginning. Most of what we have learned about what to do and what not to do as it relates to large scale waste diversion we learned from our friends at CU. Next Saturday we’ll begin our 9th season working with CU on diverting a much waste as possible from Folsom Field, and we’ll be a part of a new VIP tailgate experience on the new Franklin Field that will be a zero waste zone as well – the first of its kind outside the stadium gates.

Colleges and professional sports teams are taking action to minimize this impact. For example, the NFL is working with a non-profit, Rock and Wrap It Up, to recover prepared foods and distribute the recovered food to the homeless shelters or food banks near stadiums. The EPA has a Game Day Challenge, where colleges compete against each other to see who can reduce, reuse, and recycle the most during an event. The Ohio State Football team is composting all food scraps at the Horseshoe in Columbus. Numerous stadiums in the NFL have revamped lighting systems to consume less electricity, and some sports venues are providing compostable plates or recycling bags to tailgaters.

As awareness around sustainability grows, more sport teams and venues will continue to jump on the bandwagon by adopting green initiatives. The next time you are at a stadium, take a look around to see what kind of green solutions your favorite team is implementing. If you don’t see much evidence of sustainability in action, consider letting your team know that you’d cheer even louder if they took additional steps to minimize their environmental impacts.

Here are some resources on the topic of sustainability in sports:

News, tips and general savviness for Eco Patriots. Oftentimes this blog will focus on sustainability at EP HQ, but sometimes savvy tips can make anyone greener anywhere.